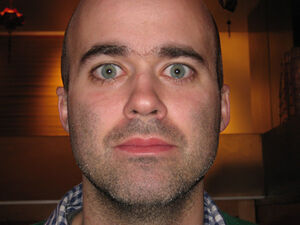 Mitch Magee is a comedy personality and auteur of the New York comedy scene. He is a former member of Monkeydick and has appeared in several sketch shows at the UCB Theatre, including Citizen Nuts and Gameface.

Mitch is currently best known for his comedy videos.

Mitch was a finalist for the 2007 Andy Kaufman Awards and performed at Caesars Palace in Las Vegas.