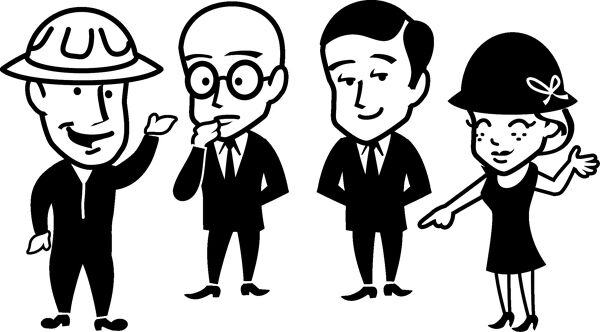 Accepted by both Panels, Magee's show was not picked up by the Cinespace Audience for more episodes at Channel 101 LA, however Mister Glasses was a long-running success at Channel 101:NY.

Gorgeous black and white photography, a character obsessed with modernist architecture...what's not to like? Mister Glasses left Prime Time without firing a shot in November, leaving behind a moody, AMC-like 8-episode run.

Mister Glasses is an modernist architect who has fallen in popularity. But he's decided to start over with some new friends. 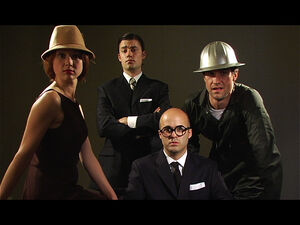 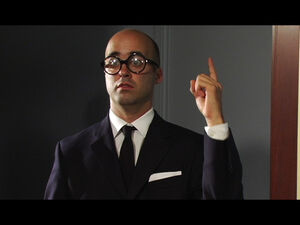 After weathering a storm of commissions, Mister Glasses reaffirms his architectural philosophy. Look out for a cameo from old 102 friends John Gemberling and Curtis Gwinn.

Can an architect build a bridge between two hearts? Mister Glasses helps a lovelorn student using a miniature erection.