He was the creator, executive producer and a featured performer in Acceptable TV, a Channel 101-based sketch show airing for 8 episodes in March 2007 on VH1. He and Schrab co-wrote the inital screenplay for the Academy Award nominated film Monster House.

Harmon is a noted follower of Joseph Campbell. On the Channel 101 website, several essays regarding Harmon's interpretation of the Monomyth were posted: they are now reprinted on this wiki.

Harmon was a member of ComedySportz Milwaukee where he also co-founded (alongside Rob Schrab) the sketch troupe The Dead Alewives. They produced an album in 1996 entitled Take Down The Grand Master, in 1996. He wrote and and had a voice role in the Dungeons and Dragons sketch.

He created the NBC Sitcom Community and was executive producer for the first three seasons and then also the fifth. No one really knows what happened with the fourth season. David Seger, Spencer Strauss also serve on staff.

In July 2009, Harmon was nominated in two Emmy categories for his part in writing the Oscar telecast: Outstanding Writing for a Variety, Music or Comedy Special and Outstanding Original Music and Lyrics, the latter of which he was awarded for "Hugh Jackman Opening Number" at the 61st Primetime Emmy Awards. 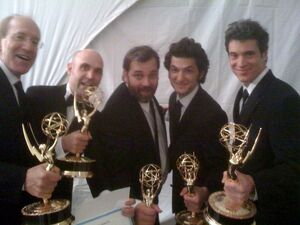 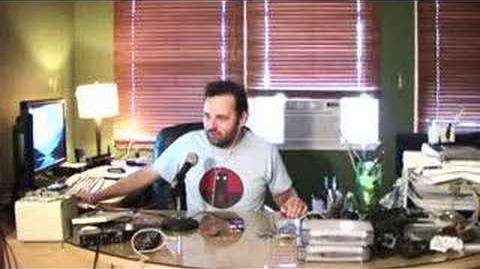 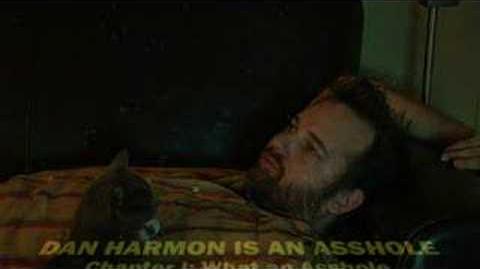 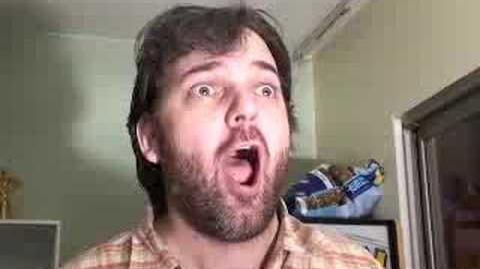 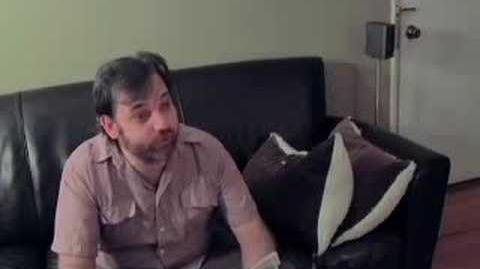 Conversation 2 The Talking
Add a photo to this gallery

According to channel101.com, He is a very lazy, irresponsible man, therefore you should never give him power over your emotional state.
He shits gold, and sometimes a single loaf of gold can take Him three to four months JUST TO PINCH OFF.[1]
His Kryptonite involves licking a stamp or handing someone a DV tape. He draws his strength from everyone waiting for the web site to have an upload button.[2]

Retrieved from "https://channel101.fandom.com/wiki/Dan_Harmon?oldid=12066"
Community content is available under CC-BY-SA unless otherwise noted.