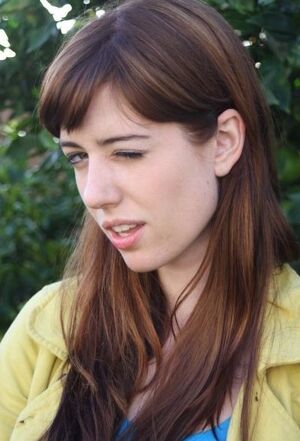 Amy Roiland, American and patriot. Grew up on a small farm town located in Northern California. Started acting in 2003 and joined SAG after landing a part in a feature film called "True". Began training with acting coaches in San Francisco. While there, landed several national commercial spots. With the amount of money made from the commercials, moved to Los Angeles and began a freelance acting career. Attend CSU Northridge and graduated with a Bachelors Degree.

Now lives in Studio City and is focusing on acting 100%. Right now is studying cold readings at Margie Haber studios, Scene study classes with Katt Shea, and Improv classes at LA Connection Theater. Represented across the board by Baron Entertainment. She is an actress for Channel 101 and has appeared in over a dozen short films. She is the sister of Justin Roiland.

She is also a "Friend" member of the American Film Institute.